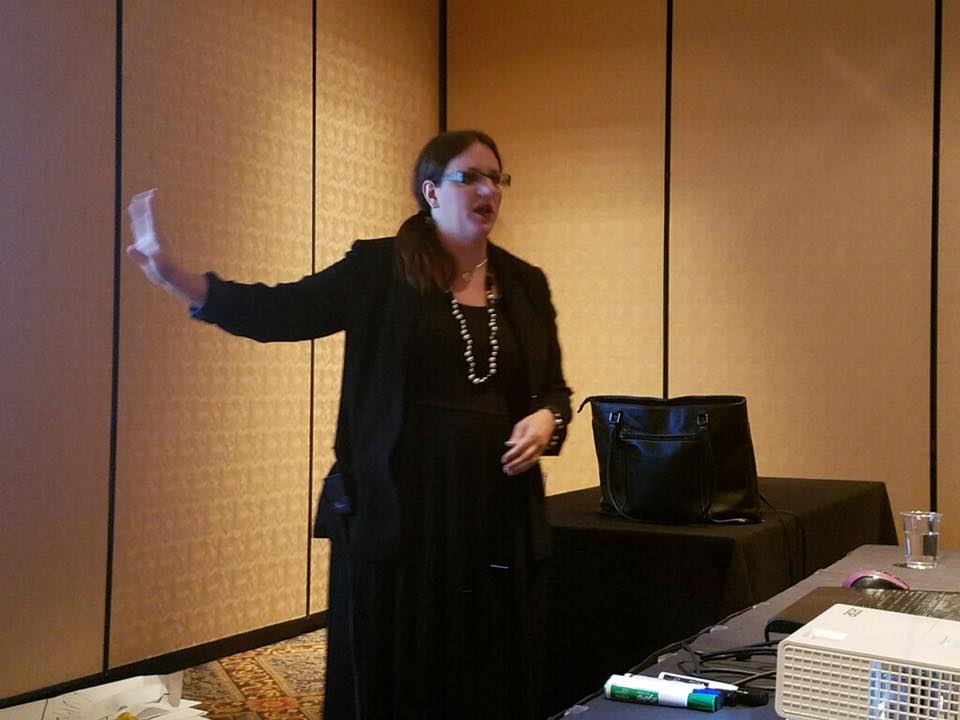 I was ready to move up.

I liked the job I had for the past few years and it was a blessing coming from another state being able to land a good job with a good stable paying salary tutoring students for a distance learning company comprised of high school through graduate school. This was before internet courses were a thing and all of the textbooks and tests had to be mailed to the students.

Some of our students were celebrities who couldn’t attend a brick-and-mortar school. Some were prisoners. Some were stay-at-home moms, people with bedridden illnesses; basically, people who needed to get an education but couldn’t get to a physical location.

I had hit a proverbial “glass ceiling.”

I was in my late 20s and ready to take on a new challenge, with new responsibilities, and a new position with more authority and bigger pay. While I enjoyed tutoring, more and more of my time was being allocated to customer service (complaints), and that’s when I stopped enjoying the work.

I knew I had to grow or else succumb to the position. I could stay there until I died and maintained the status quo, or I could “woman up” and go after what I really wanted.

In the breakroom, there was a board of all the positions that were open in the company that you could apply for so I started checking the corkboard daily for anything that would help me grow. Oh, there were shipping jobs and payroll jobs…things like that. But nothing was really sparking my interest.

Then it so happened that one day, while checking the corkboard, I noticed a position that I really wanted to go out for. The position was to be the Assistant to the Dean of the Department of Graduate Studies. This would mean clerical work at first, but it would give me a substantial pay raise and new challenges.

But there was one problem.

I had been out sick for about two weeks with the flu and I missed the deadline for submitting my résumé and application. I was just a few days off, and I wondered if I should even toss my name in the hat.

I kicked myself thinking this kind of stuff “always happens to me” and boldly placed myself into the ‘poor me’ category…but just for a few moments…because I really wanted that position. And I am a person who goes after what I want. Even way back then, I knew to fight for my strengths and not settle for my limitations.

I thought to myself, I have to at least try once. Yes, I’m past the deadline that’s true, but even if there’s a slight chance that they may accept my application…even if it’s just a 10% chance or even a 1% chance…it’s worth trying! I mean, it can’t hurt. Right? I’m worth it.

I knew that it would be 100% no if I didn’t even try, but if I tried and failed then that was okay, too, because at least I did something. Doing something is better than doing nothing and feeling sorry for me.

Within a few weeks after submitting my résumé to HR, I got contacted for an interview for that position. I was so elated because I am an expert at interviewing and I knew that if I could get the interview I would have more like an 80-90% chance of getting the job.

In the interview, the Dean told me that she really liked everything I had to offer but that she was just concerned about one thing. And that was, of course, submitting my résumé late. I know she was probably thinking that if I couldn’t get my application in on time, how could I get all of these big projects for her turned in on time.

I simply told her the truth.

I said I had been out sick with the flu for two weeks and I didn’t see the notice until it was past the submission deadline, but knowing that I’d probably miss my opportunity I decided to take a chance to just see what would happen.

She really liked that response…and I think that actually clinched her decision on hiring me.

A few years later, when I had reached the next glass ceiling, I applied for a managerial position that entailed overseeing a big team of people because I was ready to spread my wings and grow again. I knew my strengths were in leading, teaching, and inspiring.

Human Resources made me take a personality test, and because I had been doing a lot of clerical work and editing textbooks, my brain was entrained on finding details and nuances. The personality test skewed towards introversion, and so they falsely determined that I would not be a good candidate to lead people. (Ugh! This is why I can’t tolerate personality tests…it’s like which personality are you testing anyway?)

However, I know myself. I mean I ‘really’ know myself. And I knew there was a leader in me somewhere. And, yes, I could be very introverted at times, but I could also be extroverted when needed.

I stayed on for a while longer, but once I got to the point of being extremely dissatisfied with the status quo again, and I was actually not able to move up any more in a company, I resigned.

I resigned with a mortgage, a new baby, and an underemployed husband. He was searching for a full-time job, but only working temp jobs. He took a shift at Starbucks because they paid for full coverage health insurance benefits for part-time employees at the time.

The mortgage was based solely on ‘my’ salary. And I had quit my job, which took strong a leap of faith into the Divine Ocean because it was scary to be sure…but I felt the fear and did it anyway. I had to sink or swim one way or another, and I was not going down with the ship.

This act gave me the freedom to start my own life coaching business, which quickly rolled into a hypnotherapy practice, and now I am a leader of several coaching and hypnosis groups, I teach hypnotherapy live and online, and I speak at hypnosis conferences all over the world…so I get to continue doing what I love: helping people, teaching people, and leading people to greatness.

The greatest leaders know how to inspire people to become the best version of themselves possible. And I’m sharing my story in hopes of inspiring you through my writing. I don’t know if this pertains to you or not, if you’re in a similar situation that I was in, or if you’re questioning whether you should go for the next growth opportunity…because you feel it in your soul.

Give yourself permission now to live your best life possible–even if you have to do the scary thing, feel the fear and do it anyway. Or better yet, see your local hypnotherapist and get hypnotized to have confidence and motivation. If you don’t take the chance, it’s 100% ‘no’, so ask anyway. I mean, it can’t hurt. Right? You are so worth it!